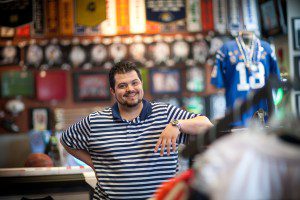 In 2003, owner Dominique Ball began Authentic Sports Collectibles as baseball card shop in Carmel. For the past several years, Ball has been supplying sports memorabilia to other retailers in the area and arranging signing events with famous sports figures at various locations. In Carmel City Center, Dominique is excited to have a retail presence again where he carries autographed photos and jerseys, dirt from stadiums, game-used items and much more. Ball is excited to have a signing event in honor of legendary baseball player Pete Rose. 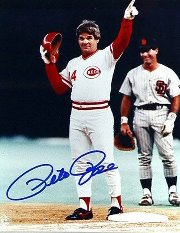 Former Major League Baseball player and manager, Pete Rose “Charlie Hustle” played in more games, had more at-bats and has had more career hits than any other player in major league baseball history. Rose, a switch hitter, has won three World Series and has made 17 all-star appearances at unequaled five different positions. Rose played for the Reds from 1963 to 1978 and came back to manage them in 1984 until August 24, 1989. Rose officially retired in 1989 from the game of baseball after allegations of his gambling on baseball games resulted in a lifetime ban from the sport.

Authentic Sports Collectibles is located at 715 Hanover Place in Carmel City Center. Tickets may be purchased by calling (317) 554-9906 and (317) 696-8285. Limit one (1) autograph per ticket. Items will be available for purchase in the store if attendees do not bring their own.

Attendees of the signing event are encouraged to arrive early as a crowd is expected.