Tim Wright of the Wright Brothers Band is back to perform at Carmel City Center! His third performance of the summer season will be Friday, July 26th on the outdoor patio of  Hubbard & Cravens from 6:30-9:30 p.m. 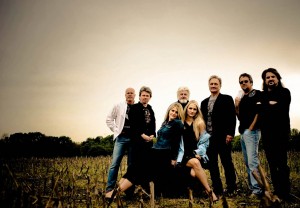 Tim Wright is most famous for performing with the Wright Brothers. He is also known for a voice as nimble as his fingers. He’ll move from singing in a Garth Brooks twang to a James Taylor song that when you close your eyes, you’d swear you were at a James Taylor concert, all the while picking a seemingly endless succession of stringed instruments: banjo, acoustic guitar, electric guitar, dobro and pedal steel.

About the Wright Brothers

Known as “Indiana’s Band,” the Wright Brothers have performed together for 40 years. In addition to performing throughout the United States and Canada, their resume is impressive. They did the soundtrack for and appeared in the MGM movie Overboard, starring Goldie Hawn and Kurt Russell. Nine singles have hit Billboard’s charts. They’ve recorded albums for Mercury/Polygram (“Easy Street”) and Warner Bros. (“Made in the USA”). Three songs from “The American Way”, a recording for the American Entertainment Network and KRB Music have been included on a patriotic compilation C.D. with Lee Greenwood which has sold over 300,000 copies to date. In 2008, the group produced and hosted a radio show called, The Hoosier Jubilee” from the French Lick Resort Hotel, Tom and Tim’s home town. Their latest CD is a compilation of live music from the Sunday morning program that was broadcast throughout Indiana. The band has performed at the Grand Ole Opry and on “Hee Haw,” “The Today Show,” and “Nashville Now.” Over the years, they’ve appeared with a breathtaking number of major stars in every venue imaginable: fairs, festivals, conventions, concert halls, and the campuses of countless colleges and universities.