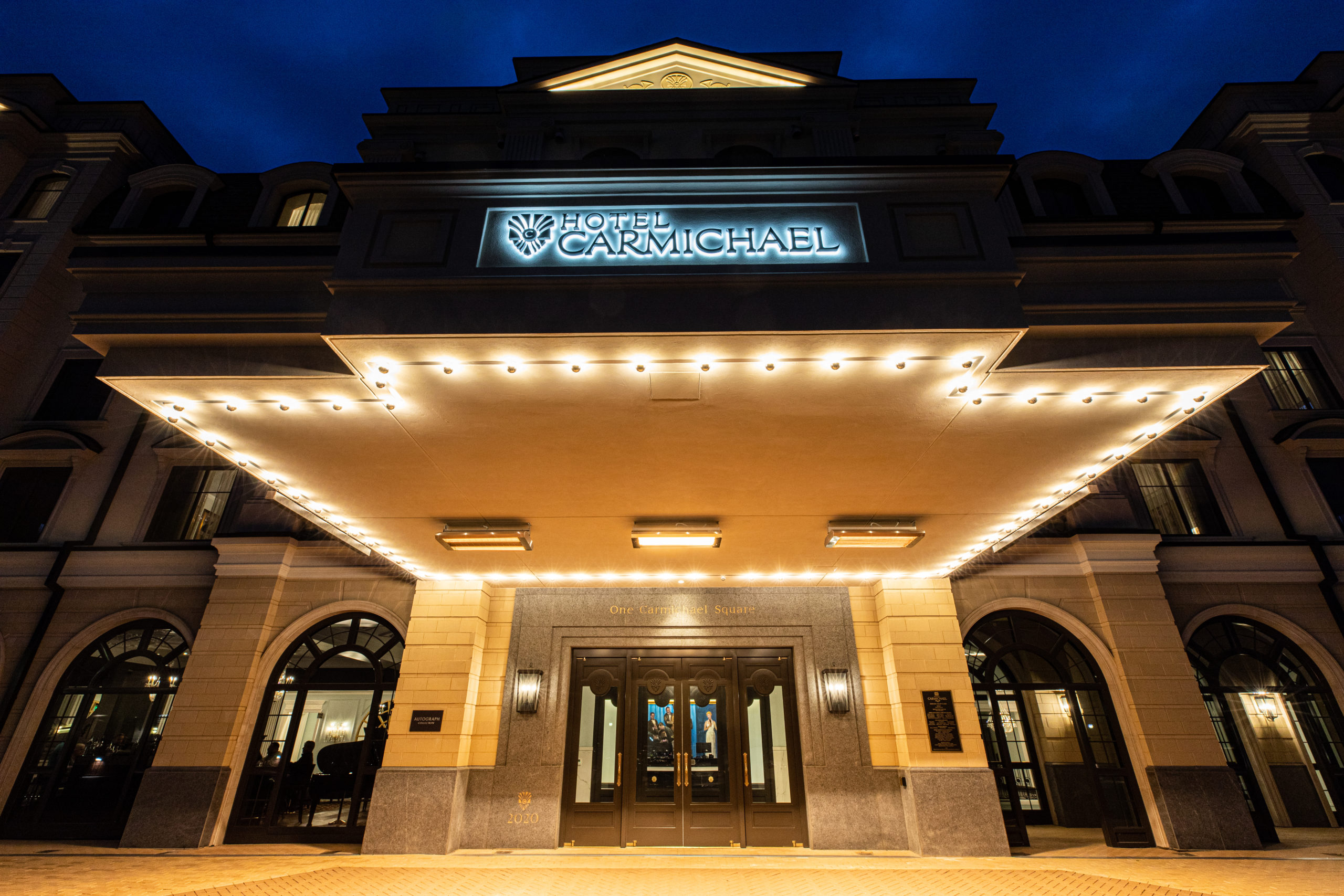 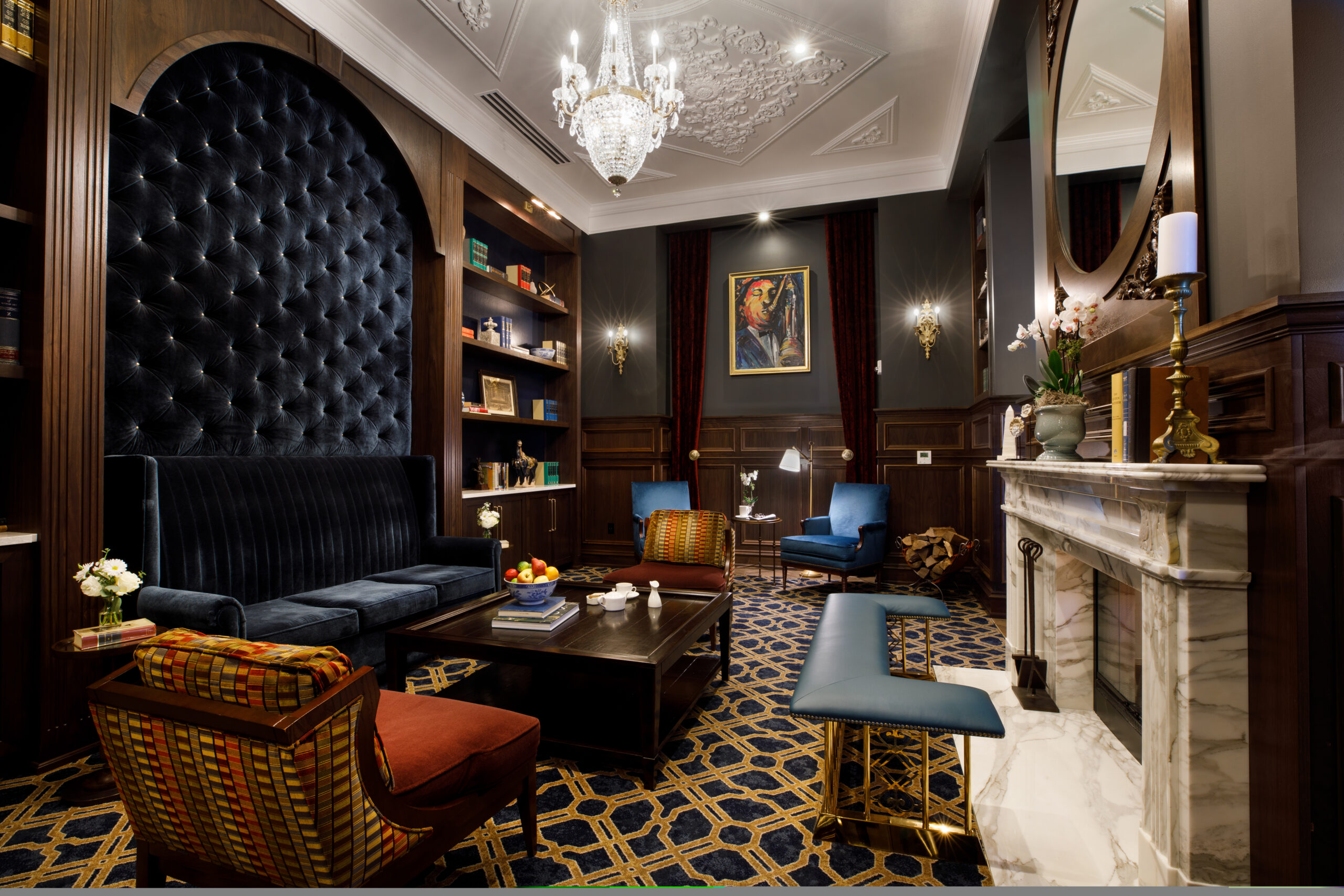 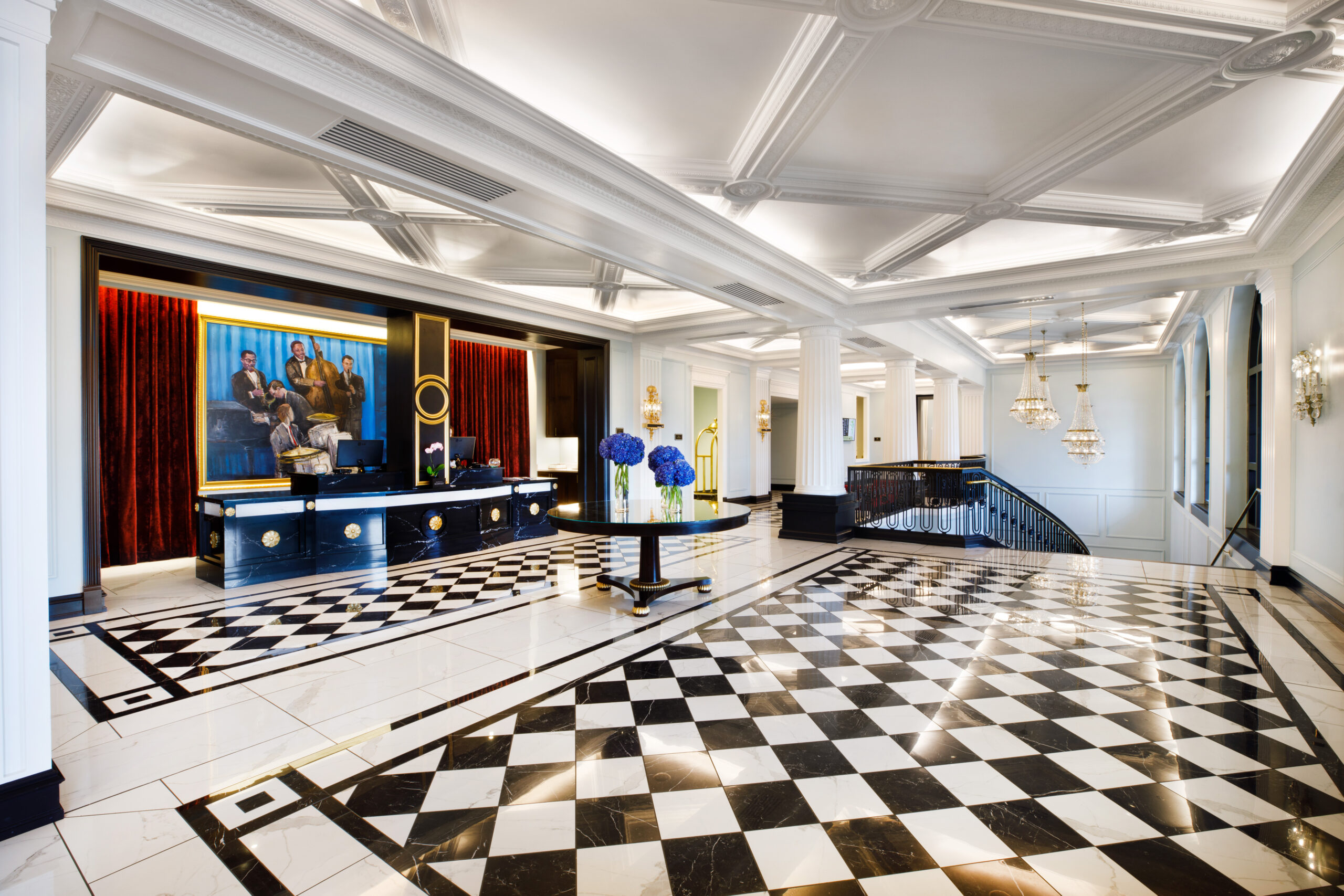 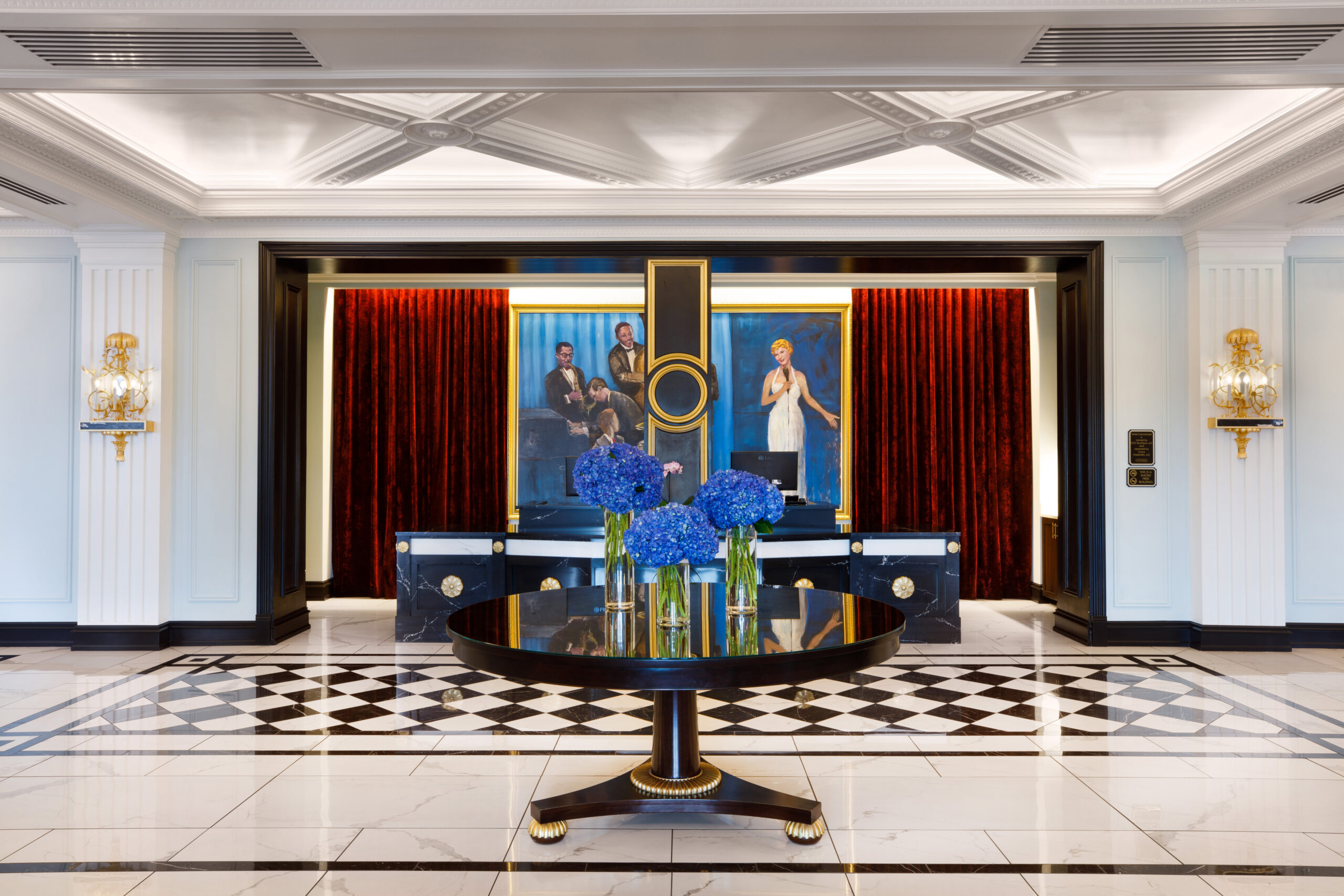 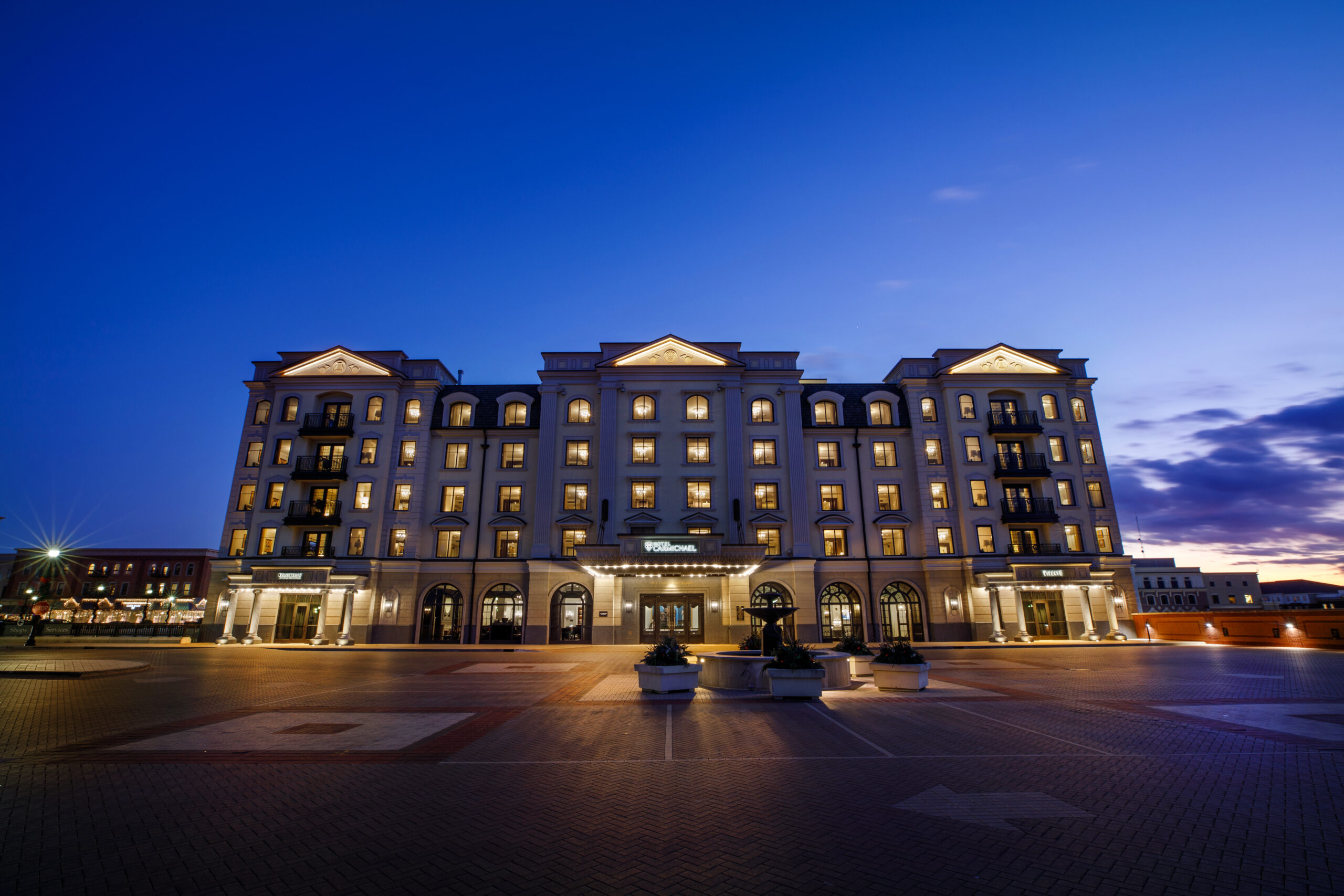 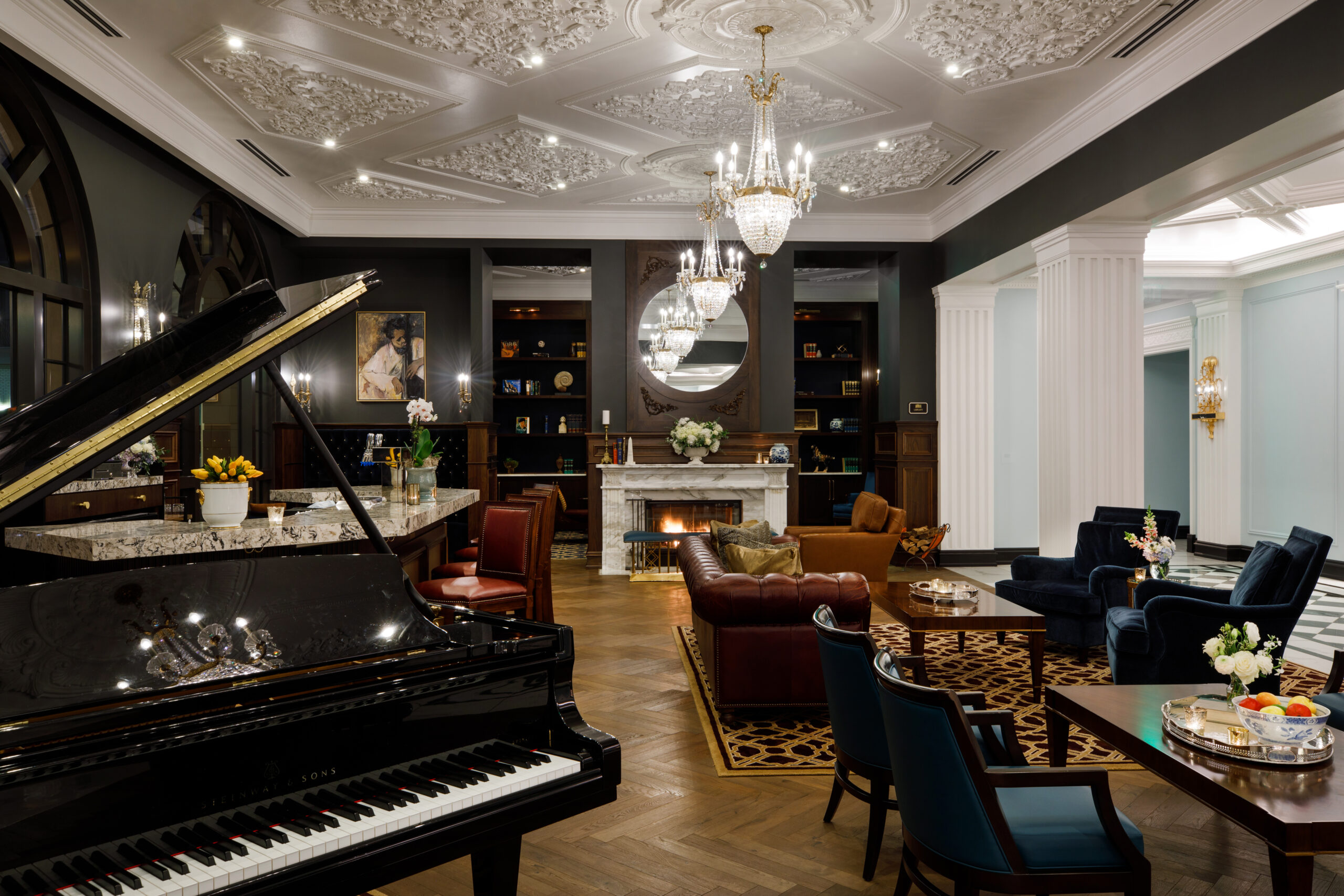 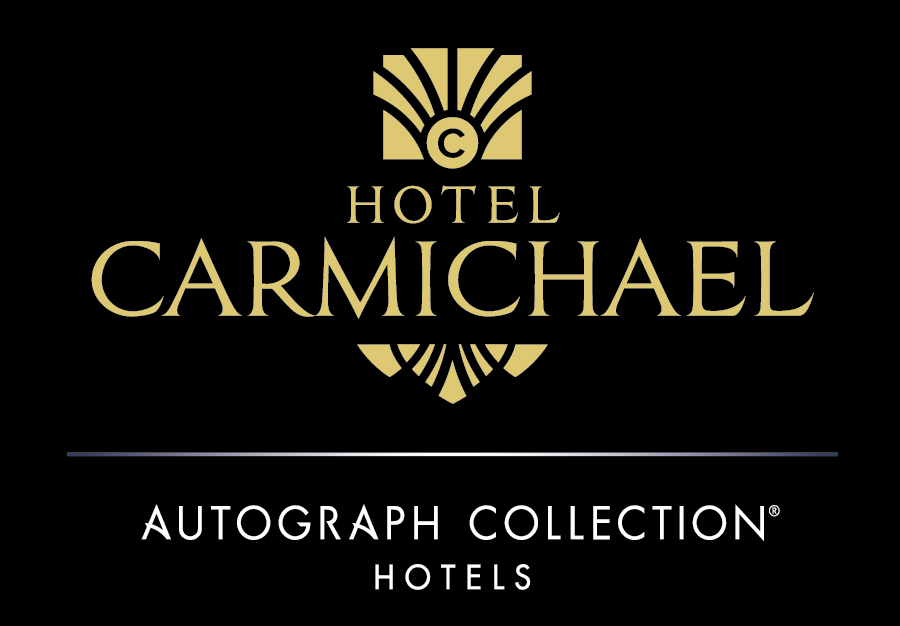 Hotel Carmichael – Carmel City Center’s boutique hotel, celebrated the historic grand opening and ribbon cutting on Thursday, August 27, 2020.  An Autograph Hotel Collection that is part of Marriott International, managed by Coury Hospitality. Hotel Carmichael is a six-story, 122-room hotel with 5,000 square feet of meeting space. A new French restaurant and the soon-to-open Feinstein Cabaret, will continue to bring elegance to Carmel’s growing City Center. The opening brings to fruition a plan, more than 15 years in the making, to build a unique boutique hotel that serves tourists, business travelers and local residents seeking a one of a kind, original experience that is just steps away from the Palladium at The Center for the Performing Arts, Carmel City Center, Midtown and the Arts & Design District.

Plans for this hotel were first put on paper in the late 1990s when Mayor Brainard, City Councilors and the Carmel Redevelopment Commission began to implement the Mayor’s vision for a new downtown to be built on 88 acres of land acquired by the City. In an era when most suburbs were focused on building new subdivisions, strip centers and regional malls – driven by a car-oriented market – Carmel took steps toward developing a new downtown that would be the centerpiece of a central corridor built as a more urban, sustainable and walkable corridor.

“This new hotel will serve the City, its residents, our performing arts community and our growing family of corporate headquarters who have told me over and over that they want more options when bringing in clients, employees and potential customers,” said Mayor Brainard, who engineered a plan where the City would develop the hotel along with a private partner in ownership, Pedcor Companies. “For years we tried to share our vision and attract a hotel developer to invest in City Center, but they were all focused on the need to be where a high volume of traffic was flowing.

“We have many wonderful hotels along the Meridian Corridor and they are often booked solid with business travelers, sports teams and leisure travelers who wish to spend time in Carmel, Hamilton County and all of the Indianapolis area. But we were looking for something different, something unique for our central walkable core.”

Hotel Carmichael, which gets its name as a reflection of both Carmel and Michael Feinstein, the City’s Grammy-nominated performer and artistic director of The Center for The Performing Arts, is an Autograph Collection hotel unique for its design, its high quality service and for the unique experience visitors will have in the heart of our community. As its slogan says, Hotel Carmichael is “Always Live, Never Scripted.”

“This beautifully designed hotel is the perfect setting for the latest Feinstein’s nightclub. We look forward to providing an exciting and inspiring line up of live entertainment in this club. What makes this project particularly special to me is its location in my hometown and being next to The Center for the Performing Arts and the Great American Songbook Foundation. I look forward to our grand opening later this year and hope to be delighting audiences for years to come. There is nothing comparable to performing arts to lift our spirits, especially after surviving the pandemic, we are going to need it more than ever,” said Michael Feinstein, Grammy- nominated performer and founder of the Great American Songbook Foundation.

The Mayor’s vision was to master plan a City Center hotel where visitors can immerse themselves in our new downtown. They can park once and walk to dinner or catch a show; do some shopping or simply watch the sunset over the magnificent Palladium and Carter Green. On the other side of the COVID-19 pandemic, the City will be able to re-establish its year-round events and activities programming, many of which are a short walk away from the hotel, which allows guests to experience our city on a different level than ever before.

Hotel Carmichael will also offer amenities that our CEO’s have been asking for to entertain clients and prospective employees. Local families will have a more centralized location for visiting relatives, family reunions, weddings and other significant events in the heart of our community.

“We are happy to be partners with Pedcor in this venture and with Marriott, whose prestigious Autograph Collection brand will help us attract visitors from across the globe,” said Carmel Redevelopment Director Henry Mestetsky, who has overseen construction of the project. “Hotel Carmichael will be another one of our architecturally significant structures in Carmel, one with a focus on excellent design and architecture that will last hundreds of years.”

City Center began to take shape in 2000 with construction of a bike shop that would be the first commercial building constructed in this redevelopment area. In subsequent years, the City built the Palladium concert hall, the James Building (home to Civic Theater and the Studio Theater, two facilities that make up The Center for the Performing Arts), the Carmel Clay Veterans Memorial Plaza and reflecting pool and Carter Green, which is home to the summer-time Farmers Market, the Christkindlmarkt during the holiday season and an outdoor ice skating rink, the Ice at Carter Green, throughout the winter.

The City’s partner in City Center, Pedcor, began construction of Carmel City Center in 2006, building a new mixed-use project that includes apartments, condominiums and street-level businesses that include Matt the Miller, divvy, Eggshell Bistro, the Cake Bake Shop and many boutique shops. In 2014, six new City Center buildings were announced to the public, most of which have now opened or are nearing completion along the Monon Greenway.

Hotel construction began in 2018 and was originally scheduled to open in the spring of 2020. But several delays brought on by the COVID-19 pandemic pushed that grand opening back to August. During today’s grand opening, the first official visitor checked into the hotel and Vivante, the new French restaurant, opened its door. Later this year, plans call for the intimate setting of the new Feinstein Cabaret to open.