Head to Carmel City Center Friday, August 30 at 7:30 p.m. and enjoy an evening of music with a sidewalk concert featuring the Actors Theatre of Indiana performing some their greatest tunes from last season’s “Route 66” and a sneak peak of their upcoming show “Always Patsy Cline”.

Always Patsy Cline – This true tale of friendship is told through the letters of Louise Segar, a devoted fan who befriended Patsy Cline at a Texas honky-tonk. Featuring Cline’s unforgettable hits, this funny and touching tribute celebrates the life and career of the legendary singer who died tragically in a plane crash. “Crazy”, “I Fall To Pieces”, “Sweet Dreams” and “Walking After Midnight” are just a few of the 27 featured songs – you’d be “Crazy” to miss it!

Route 66 – Beginning with the sounds of 1950s Chicago and traveling along the “Main Street of America” to the California coast with the surf music of the 1960s, the evening will feature some of the greatest “Rock ‘n’ Road” hits of the 20th century! Songs include “Dead Man’s Curve,” “King of the Road,” “Little Old Lady from Pasadena”, “Six Days On the Road,” “Little GTO,” “Fun, Fun, Fun” and many more. Get your kicks with what will be a high-octane evening of entertainment!

The sidewalk concert will be held in front of Authentic Sports Collectibles storefront at 715 Hanover Place located in the interior of Carmel City Center. Outdoor seating will be available on a first come, first-served basis. 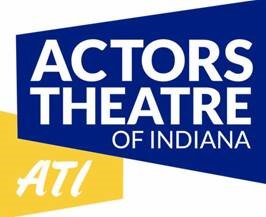 Actors Theatre of Indiana celebrates the power of theatre and contributes to life in Central Indiana by offering high quality professional theatre performances and programs that engage, inspire, educate, and entertain.

With over seventy-four years of combined experience ranging from Off Broadway, National & International Tours, Symphony Orchestras, Regional, Summer Stock, Dinner Theatre…they have had the opportunity to work in some of the finest theatres in the country with some of the most respected people in the business. Visit www.actorstheatreofindiana.org for more information