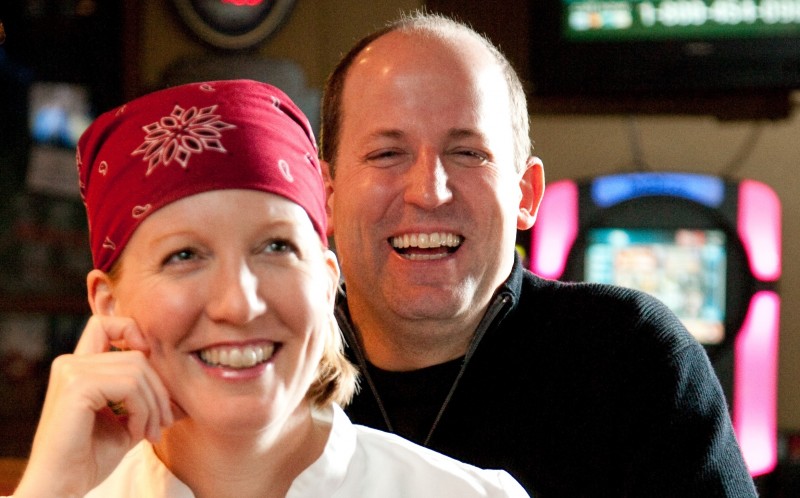 Co-owner with husband, Kevin, and Head Chef at divvy, Richelle Rider has an impressive background. Prior to working as chef at Woody’s Library Restaurant, Richelle was executive chef at Scholars Inn Gourmet Café & Wine Bar and previously worked at such establishments as Oliver Winery, Finale Dessert Café and Café Nora. Richelle has also taught numerous cooking classes and completed a 6-week externship at Charlie Trotter’s in Chicago. She has also been named one of “Indy’s Top 10 Chefs.”

Richelle holds a degree in nutrition and dietetics and has made a point of accommodating numerous dietary needs in the menu at divvy.

“I want people with special dietary needs to be able to enjoy dining out and not feel limited. Dining out is something that is needed in life…it is a form of entertainment. I want everyone to enjoy themselves,” said Richelle.