This event is postponed and will be scheduled at a later date. If you purchased tickets, please come into Authentic Sports Collectibles for a full refund. We will keep you posted for the new date. We are working on some other signings in November with some Indianapolis Colts players. 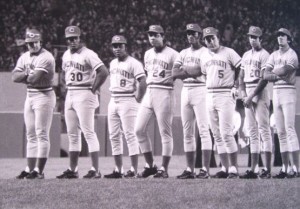 In 2003, owner Dominique Ball began Authentic Sports Collectibles as baseball card shop in Carmel. For the past several years, Ball has been supplying sports memorabilia to other retailers in the area and arranging signing events with famous sports figures at various locations. In Carmel City Center, Dominique is excited to have a retail presence again where he carries autographed photos and jerseys, dirt from stadiums, game-used items and much more. Ball is excited to have a signing event in honor of legendary Reds players Ken Griffey Sr. and George Foster. 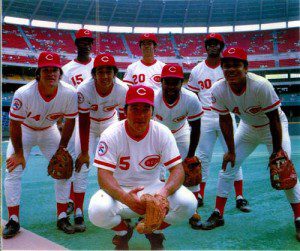 Authentic Sports Collectibles is located at 715 Hanover Place in Carmel City Center. Pricing can be determined by calling (317) 554-9906 and (317) 696-8285. Limit one (1) autograph per ticket. Items will be available for purchase in the store if attendees do not bring their own.

Attendees of the signing event are encouraged to arrive early as a crowd is expected.