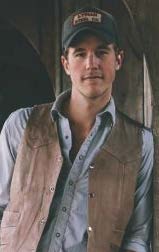 We can’t get enough of live music around here so we’re bringing you more!

Alex Williams started playing guitar when he was 10 years old and began singing and writing songs when he was just 16. His favorite artists are Blackberry Smoke, Willie and Waylon, Jerry Jeff Walker, The Band, Guy Clark, Hank Williams, Merle Haggard, etc.  His music is influenced by the outlaw country songwriters and movement of the mid 70’s in Texas like Willie, Waylon, Jerry Jeff and Guy Clark; as well as  old country, blues and Southern Rock including Robert Johnson, Lynyrd Skynyrd, Hank Williams and the list goes on.

For two years now Alex Williams has been playing in the band Williams & Company, who recorded its debut self-titled album, “Williams & Company,” in March of 2012 at Beech Creek Studios in Brentwood, TN. You can purchase this album on iTunes and it’s also available streaming on Spotify.

In June of 2013, Williams & Company embarked on its first independent tour through the Lone Star State, bringing our outlaw country vibes that were well received throughout Texas. “Williams & Company” continues to play in local bars and venues in Nashville, while also travelling to the Boone, NC, Columbus, OH, Carmel, IN and Atlanta, GA areas.